Pastors Rafi and Sharon are the lead pastors of Elevate Christian Center.  Dr. Reynolds is a former student of Rhema Bible College and received his Honorary Doctorate from North Carolina College of Theology. Pastors Rafi and Sharon have a passion to see believers walk in the full manifestation of the BLESSING. Dr. Reynolds is a highly respected visionary leader and business entrepreneur.  He is the founder and Senior Pastor of Elevate Christian Center located in Lithonia, Georgia. Dr. Reynolds is a former student of Rhema Bible College and received his Honorary Doctorate from North Carolina College of Theology.  Before answering the call to the pastoral in 2010, Dr.  Rafi Reynolds has been ministering in different parts of the world such as Jamaica, Bahamas, Grand Cayman, Canada, and several places in the United States.

He believes healing, prosperity, and restoration is part of the believer’s covenant benefits and are part of God’s perfect will for every believer. He also believes the Church (the Body of Christ) is fully able to navigate the intricacies of the modern world and that every believer has within them the unlimited potential that needs to be mined and developed.

Dr. Reynolds is also the Founder and Chairman of Rafi Reynolds Ministries. One of the church’s primary visions is seeing people become spiritually restored, assuming the likeness of the Heavenly Father and coming into perfect harmony with Him. To aid the church in its mission, Rafi Reynolds Ministries goal is to educate, train, equip and mentor believers to go out into the world and make disciples of men; To strategically target these spheres of influence ( “seven mountains”) Education, Arts & Entertainment, Family, Religious, Media, Government and Business” worldwide.

Dr. Reynolds was married in 1998, to Sharon (Williams) Reynolds and together they have four beautiful children: Rashida, twins Joseph and Joshua, and Aliyah. 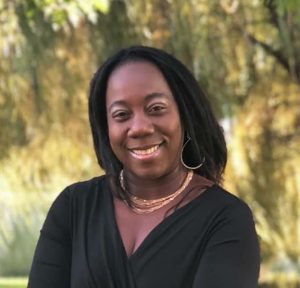 Sharon Reynolds is the devoted wife of the Senior Pastor. First Lady Reynolds accepted the Lord as a teenager in 1987 and was very active in the Youth and Women’s Departments and held various positions during her membership.

A distinguished woman in her own right, First Lady Reynolds earned her Bachelor of Arts in Accounting. Currently, she supports her husband in building a global, dynamic and empowering ministry. Her love for the youth has inspired her to not only train her children in the ways of the Lord, but she currently runs the youth and children’s ministry. Her passion has also led her to pioneer the “Women of Wonder” ministry.